We support companies in acting for the climate. We calculate the carbon and environmental footprint of companies, products or services. We also create emission reduction strategies, or provide consulting support in this respect, as well as communication strategies. 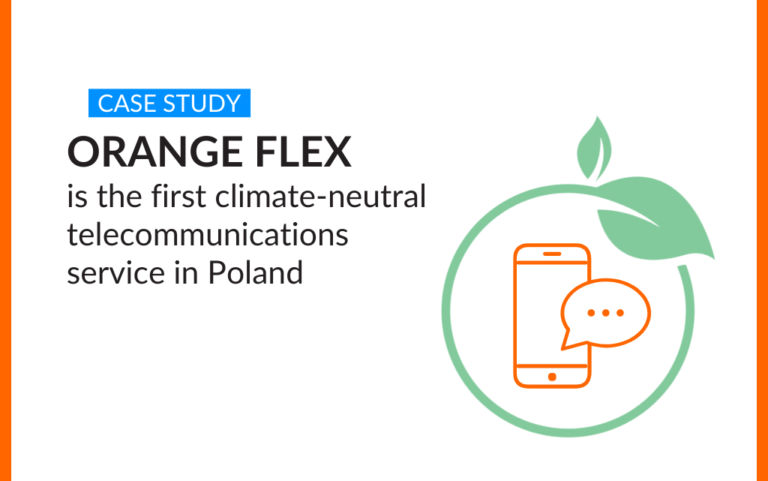 The overriding goal of Orange Polska, as part of the #OrangeGoesGreen approach, is to achieve zero net carbon for the entire organization by 2040*. 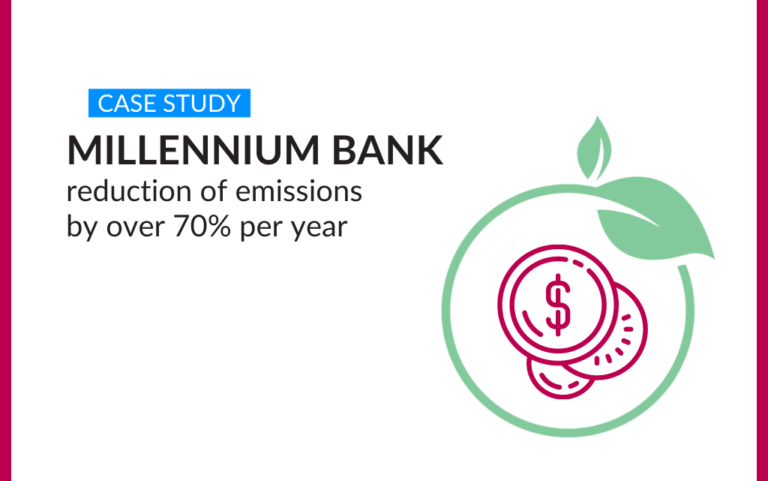 The Bank Millennium Group is committed to climate and requested for support in calculating corporate carbon footprint. 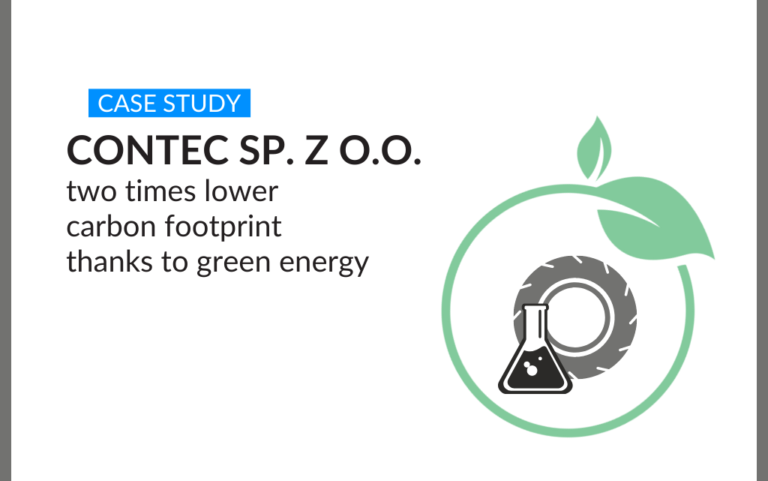 Since 50% of Polish GDP is based on exports and 75% of it goes to EU countries, including 29% to Germany, for most Polish companies, the zero-emission strategy and the zero-emission target of the EU and Germany are a fundamental change in the business environment. Are we ready for it?

Together with a team of experts, we prepared a report “Better late than later. Carbon footprint reduction and the climate competitiveness of Polish companies”. It was designed as a comprehensive guide on climate competitiveness. It is addressed to owners, supervisory boards, management boards and directors of medium and large Polish companies. The aim of the study is to provide a knowledge compendium to readers who have not had any contact with issues related to the carbon footprint, climate strategies, or energy transition so far.

The guide covers all the important elements to understand the strategic implications of decarbonization. Its concise formula and readability precludes in-depth discussion of every topic.

In 2020, we organized the first debate of the “Climate neutral cities” series in Gdansk. During the event, the invited experts introduced the residents to the subject of climate neutrality, smart cities and the directions for development of the cities of the future. The expert panel was preceded by a discussion with the residents of Gdansk on climate change, transport solutions and smart city technology.

The next edition of the open debate was “Climate for Lodz, Lodz for the climate”. Several dozen residents of Lodz, , experts, representatives of the academia and NGOs debated on the ongoing climate change.

We cooperate with the Union of Polish Metropolises and local governments to enhance the knowledge and skills of leaders and officials. We host webinars and workshops, prepare reports and studies.